Our headquarters, on the banks of the river Colne, was opened 28th September 1968, by Rear Admiral John Thompson (Chairman of Hertfordshire Scouts) with Melville Balsillie (County Commissioner).

A purpose built building consisting of entrance hall, fully fitted galley, toilets, including one with disabled access and storage facilities. A large main hall styled with our Naval heritage in mind.

There is also a leaders room, a committee room with a trophy cabinet, Explorers den, male and female changing rooms and shower facilities.

We are also lucky enough to have our own boathouse as an integral part of the building which opens up directly onto launch pad into the river.

The third of an acre site has a gated entrance into a compound with ample parking facilities and a standalone garage. 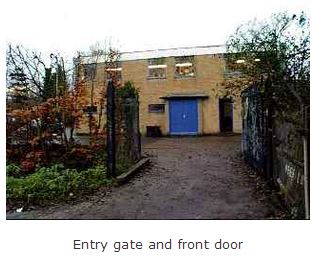 Our present Headquarters was built by the then leaders parents & lads.

Our old headquarters was just a few meters away from our present one, the old HQ had to be demolished to make way for a road and roundabout. The site was very heavily wooded, with many willow trees. John Fay, the then Group Scout Leader, borrowed a large winch which they used to pull the trees down. Site clearance took about one year, every week-end for about a year they felled trees and burned them on massive bonfires. 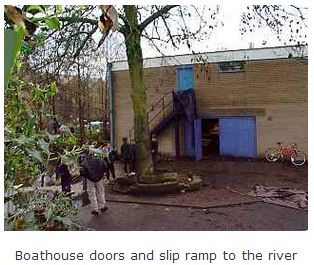 The headquarters on the bank of the river Colne, and the Grand Union Canal, the ground there is very soft. The Batchworth team under site foreman Dennis Fewster (parent) using a pile driver put down concrete piles 14 inch square and 14 feet long. On top of these they cast concrete beams to support the brickwork. The brickwork was done by a contractor, however things like fitting the roof girders were done by our team, with lads of 15 doing much of the work.